Under the aegis of Fondation Agir Contre l'Exclusion (FACE),
a registered non-profit organisation for action against exclusion

Our mission is to act
in support of victims of exclusion,
disadvantage or discrimination.

The Legrand Foundation's, generating independence, purpose is to combat exclusion associated with the loss of independence and electricity insecurity, as well as to promote education and the integration of long-term job-seekers into the electrical sector.

Spurred on by the desire to combat exclusion and to be a driving force for the entire electrical sector, the Legrand Foundation operates in three areas: 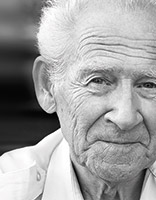 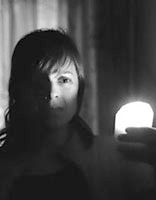 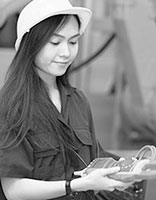 In each of these areas, the Legrand Foundation wishes to establish or re-establish the social link for all those who are excluded, disadvantaged or discriminated against. It initiates or supports simple and local actions, favouring on the ground solutions, rooted in the fabric of French communities and consistent with the Legrand Group's business and sites. The Foundation also wishes to encourage and increase the involvement of Legrand's employees in its projects.

The Legrand Foundation is a response to the Legrand Group's social commitment. It forms part of the framework of the Legrand Electricity for all programme, which aims to take sustainable action to reduce energy inequality.

An initiative by the Legrand Group

The Legrand Foundation was created by the Legrand Group in 2014. It makes use of the Group's expertise and solutions to take action against exclusion associated with the loss of independence and electricity poverty and to promote education and employment in the electrical sector.

Find out more about Legrand
Legrand is the global specialist in electrical and digital building infrastructures. It is in the business of developing and marketing solutions for lighting, heating, energy, network and access management for buildings. These solutions include system instrumentation and control, cable management as well as energy and digital data distribution.

The Legrand Foundation is a sheltered foundation (or foundation under the aegis of another). It is sheltered by Fondation Agir Contre l'Exclusion (FACE), a registered non-profit organisation for action against exclusion, which provides it with legal and operational support.

The Legrand Foundation is structured around an Executive Committee, a Steering Committee, and a dedicated team.

The Executive Committee is made up of three members from Legrand, one person from the FACE Foundation and one external qualified person. It comprises:

The Executive Committee meets two times a year. It decides on the resources allocated to projects and approves the Foundation's financial statement.

The Executive Committee relies on a Steering committee, which identifies and coordinates the Foundation's projects.

A dedicated team also performs the day-to-day tracking of projects. 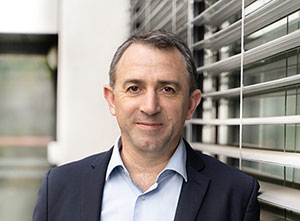 Because we are pioneers in the field of assisted living.

Because energy efficiency and electrical safety are priorities for us.

Because, as a leader, we believe we have a role to play in terms of education and employment in the electrical sector.

We want to take action within the Legrand Foundation to strengthen:

Establishment of the Legrand Foundation is one of the responses to the Legrand Group's social commitment. As a key player in the electrical sector, our mission is also to combat insecurity. In order to ensure that no one is forgotten.